My book The War For Children's Minds

My book The War For Children's Minds. Amazon.co.uk. 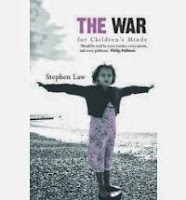 PHILIP PULLMAN SAYS: 'The War for Children's Minds is a brilliantly clear and convincingly argued defence of liberalism in moral education. Stephen Law examines and demolishes all the arguments in favour of authoritarian ways of teaching, and shows that in spite of the insistence of popular commentators from the religious right, a liberal and rational examination and discussion of moral questions does not lead to relativism and the decay of ethical behaviour, but can in fact be the best defence against them. This book won't be read by popular journalists: they will attack it without reading it. But it should be read by every teacher, every parent, and every politician. What's more, it should form the subject for discussion in every church, synagogue, mosque, and religious youth group. It's one of the most engaging as well as one of the most necessary books that I've ever read in the field of moral education.'

CHURCH TIMES SAYS '...this volume has a hugely significant contribution to make. It is also highly readable, and provides a useful pocket guide to current philosophical thinking - a sort of religious Bill Bryson.'
Posted by cool look at 03:02